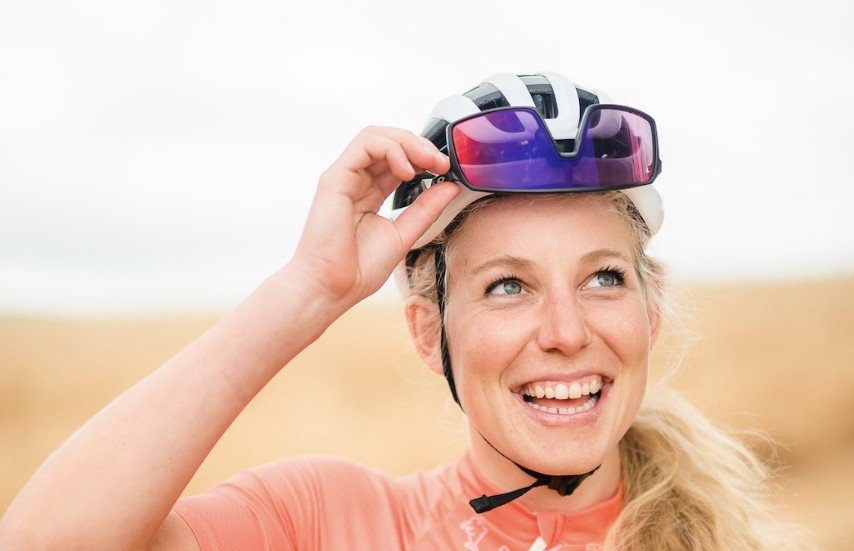 Tegan Phillips is aiming to break the Guinness World Record for cycling from Cairo to Cape Town. She might seem familiar to you for other reasons: you may have seen her cartoons on Instagram, delving into motivation, life, success and cycling. Or you may have known her from our previous article covering her travels through Europe on her bicycle.

This time, instead of sleeping on the side of the road alone, she’s got a whole team behind her. For Tegan to successfully break the Guinness World Record, she needs a medical team, security, insurance, tents, radios, filmers and photographers.

Her motivation for cycling such epic distances? No woman has done it before.

“It looked like an epic ride, and—being a keen cyclist myself—I became interested to see what the women’s record was. When I searched, I discovered that there wasn’t one,” details Tegan on her website. “I couldn’t stop thinking that this record simply had to exist—partly for showcasing women’s sport in Africa, but mostly for a sense of equality in this record story.”

READ MORE: Is There Gender Parity For Women In Sports?

We chatted to Tegan to see what goes into prepping for an iconic venture like this.

Michelle October: I remember chatting to you about your travels through Europe on a bike. Before, you slept wherever you could. Because you’ll have a team tracking you this time, where will you be staying at each leg?

Tegan Phillips: We’re hoping to mix it up between sleeping in regular tents and staying in the odd guest house where we can find one. As a cycle tourist, you quickly learn to value “4 wall” sleeping arrangements not just for a chance to sleep in a bed but also to be able to charge devices, wash clothes, have a shower, use a proper loo, make coffee with a kettle, be safe from wild animals and have everything safely locked away for a night. That said, the distances I’m hoping to ride each day are ambitious (many days over 300km planned), so if something goes wrong in a day like a long border crossing or injury, there’s a good chance we’ll have to just pull off on the side of the road somewhere in the night, even if we planned to sleep elsewhere.

MO: At your American training leg, are there any major changes to your schedule/packing techniques/sleeping arrangements?

TP: The USA training adventure, which was basically riding as many 70km loops per day as I could for two weeks, has had some uniquely fun challenges. I’m staying at the Homestretch Foundation in Arizona and it’s over 40 degrees Celsius many days here (desert life), so I initially planned to do all of my riding at night and sleep during the day. But then I found out that there’s often big lightning storms at night, which is a bit dangerous. So I ended up mixing it up a bit and doing a lot of riding in the heat, some riding in the lightning, and sleeping at the weirdest hours. I was also totally self-supported so in between riding I was popping to the shops and buying ALL THE FOOD (mostly Nutella) and trying to keep all my kit clean to avoid saddle sores. I had one major crash and a few major mechanicals so was also in and out of doctors offices and bike shops. All of those things will hopefully be reduced on the trip, as I’ll have support to help look after my bike and do the cooking and shopping and the weather won’t be as hot (except in Egypt/Sudan) so it will be easier to ride during the day and sleep at night.

READ MORE: How To Boost Your Fitness By Tailoring Your Exercise Routine To Your Menstrual Cycle

MO: Your cycling has always been about just travelling via your bike. How do you feel about making a new record? Suddenly there are stakes above and beyond survival. What’s that feeling? Magical? Like there’s a new part of you waiting to be unlocked? Or not so much?

TP: I am so excited! But I’m also trying to focus on the process more than the outcome—it sounds cliché but I think when there are so many people invested in a certain outcome it can be overwhelming to take on that pressure of, like, “I have to do this or else.” So I keep framing it as “I am so excited to try” rather than being so excited to set the record. And that is something that I can control—how much I try.

MO: Tell us about your bike! Does she have a name? What do you like about her? Is she the only bike, or do you have a “quiver” for the trip? Are you going to use a mountain or road bike for this?

TP: I’ll be on a road bike (it’s tar the whole way!) with a few sets of wheels and a lot of spare everything, including a spare bike. I once heard TCR [Transcontinental Race] overall winner Fiona Kolbinger once say in an interview that she always sits in the bike shop when she takes her bike in and watches the mechanics work on it or asks them to tell her what to do and she does it while they watch. So the past few months I’ve been trying to do that as well; trying to learn how to fix and look after every single tiny thing on my bike, so that I don’t feel stuck or helpless in the face of problems that I could solve by just knowing how something works.

MO: Which part of the trip are you most afraid of?

TP: Ethiopia has always been the biggest stumbling block for people wanting to ride this route, and at the moment things are especially tricky. There’s been an ongoing civil war for the past two years and borders have been closed, cyclists have been arrested—and as of last week [at the time of writing] the borders which had just reopened are closed again. There’s also been some Sudan/Ethiopia conflict, and some unrest in northern Kenya. So getting through the first three countries (Egypt, Sudan, Ethiopia) and being able to get out without too many delays or incidents will be a massive relief, and from there just getting home to Cape Town as quickly and smoothly as possible!

MO: And what are you most excited for?

TP: I am mostly just excited to give this thing a go. I’ve been talking about it since 2015 so it’s been a long time coming, and I am so grateful that my team eventually kind of pushed me to stop delaying and waiting for conditions to ‘be right’ and to just get things organised with a plan to deal with problems as they come up. I can’t say I’m too excited to see all of the countries (compared to if I was touring) because the reality of ultra-racing is that you end up having very little interaction with the environment, especially on supported attempts. It’s ride, eat, sleep, repeat—all the way ‘til the end. But I am excited to be doing it with the COOLEST support team I could ever have dreamed of, including Cally (who used to work with you guys and is currently cycling up to Kenya!), and Henry Cock, who set a big running record last near and next year wants to run Cairo2CT. There’s also pro-runner Robbie Rorich, doctor Traci Sanders and a talented film crew (Paige Fiddes and Chris Joubert). I think we’re going to have the adventure of a lifetime.

Tegan’s trip starts on the 17th October. Donate here. All proceeds over and above the target amount go to Khaltsha Cycles to buy bicycles for women from Khayelitsha, a township in Cape Town, where many girls and women don’t have other means to get to school or work.

Trauma Therapy Is in the Spotlight; Psychologists Explain What It Is — and Who It’s For
Zella Leggings Are Great — Here’s How to Know Which Ones You Should Buy
Tess Holliday Addresses Brazilian Butt Lift Trend: “You’re Perfect as You Are”
“It’s Called Manifesting, Look It Up”: How TikTok’s Anna Przy Found Her Voice
For TikTok’s Alicia Mccarvell, Feeling Grief at the Beach “Is a Sign of Success”