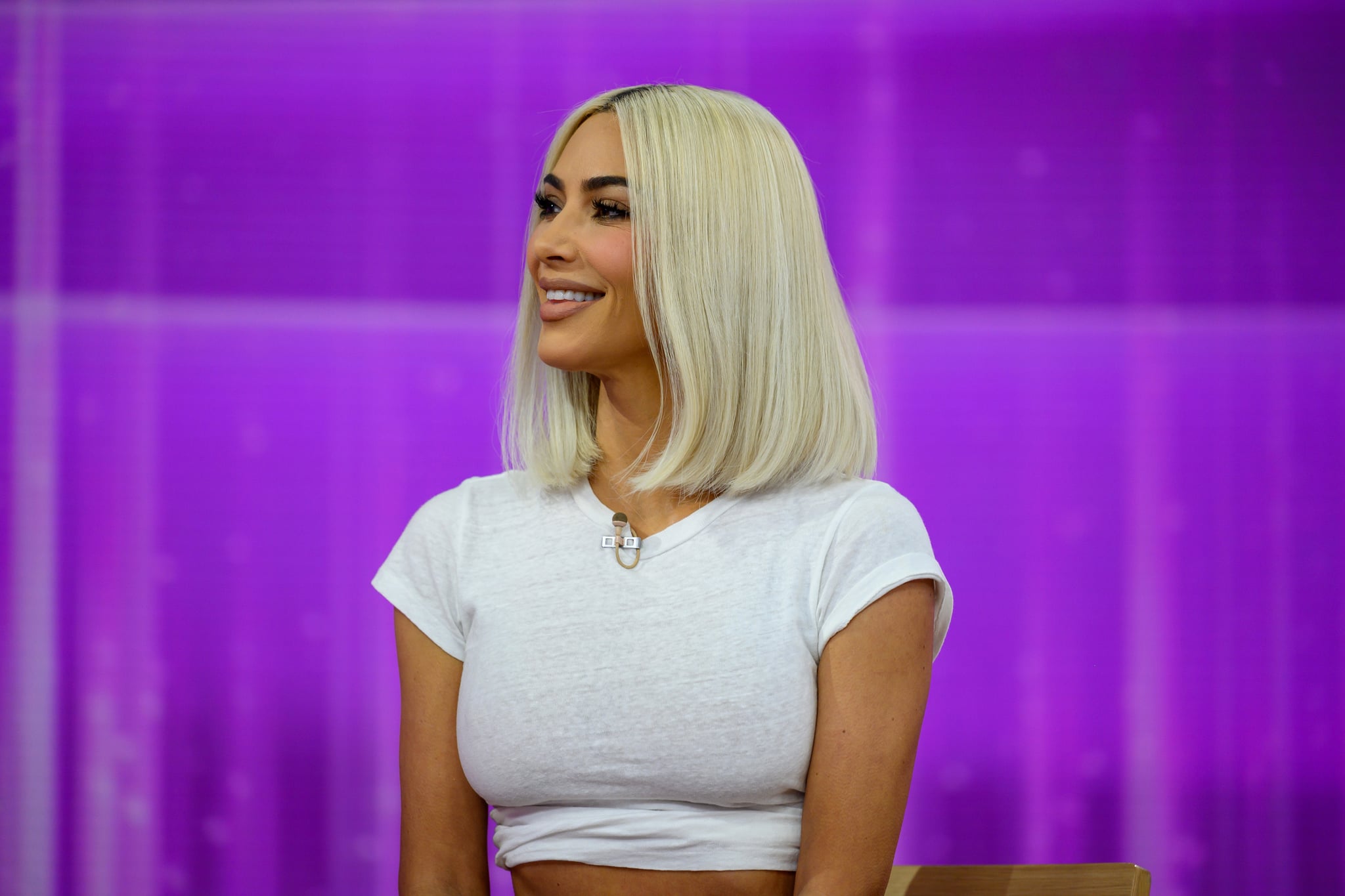 It’s only been a few months since Kim Kardashian broadcasted her Met Gala weight loss and diet — and was subsequently reprimanded by the entire internet for her toxic-diet-culture-y comments — but she’s already back on the bandwagon.

This time, she posted a series of Instagram Stories about a DEXA scan she did that revealed her current body-fat percentage and bone density. (A DEXA scan is a type of low-dose X-ray imaging device that measures bone density as well as soft tissue, such as muscle and fat.) Kardashian showed off her body-fat percentage, noting how much it had decreased from the year prior, as well as her high bone-density scores.

Now, if Kardashian wants to lose weight, check her body-fat percentage, and eat a certain type of way, that’s her prerogative; it’s her body, and she’s allowed to do whatever she pleases with it. (Hear that, SCOTUS?)

But when you have a platform that reaches hundreds of millions of people, those decisions you make carry a little extra weight — especially when you feel the need to tell the whole world about them. By bragging about her body-fat percentage and weight loss, Kardashian is resuscitating an era when fatphobia, restriction, and an unhealthy fixation on thinness were the norm. TikTokers are fired up about it, and rightfully so.

In the last several years, we’ve come a long way as a society in terms of how we talk and think about bodies. We’ve learned how toxic it is to view wellness as entirely aesthetic or result oriented, and we’ve started to acknowledge the racist, ableist, and classist roots behind how we view health. We’re finally learning to eat and move in the way that we want to and unlearning the “shoulds” and fraudulent hierarchy formerly placed on food, bodies, and abilities. We have a long way to go, but we’re making progress. For example, in December 2021, searches for “diet” and “fast weight loss” hit their lowest points since 2004, according to Google Trends. Since Pinterest banned weight-loss ads on its platform starting in July 2021, searches containing the term “weight loss” decreased by 20 percent (as of May 2022), whereas searches around body acceptance and self-love increased significantly.

But when Kardashian drudges these near-defunct markers of fitness back into the spotlight, she’s threatening to undo the work we as a society have collectively done.

“Her messaging is just so . . . I keep coming back to the word ‘dangerous,'” says Laura Cohen, a former registered dietitian, certified intuitive-eating practitioner, and family mentor at Equip Health, a virtual eating-disorder treatment center. “It’s ineffective, it’s not healthy, it’s not realistic, and it’s just like being thrown backward. We’ve come so far from this type of language.”

Kardashian insists she’s done losing weight and says she got to this point by cutting out sugar, junk food, and fried foods, per an interview with “Today.” But she’s putting such an emphasis on restriction, Cohen says.

The largest risk of this type of messaging is for people who are predisposed to eating disorders or those who have a history of disordered eating. (For reference, nine percent of the US population, or 28.8 million Americans, will have an eating disorder in their lifetimes, according to the National Association of Anorexia Nervosa and Associated Disorders.)

“It’s dangerous because you’ve got plenty of people who want to follow the Kardashians and will take this message and be like, ‘I’m going to cut out all of my junk food; I’m going to decrease my body fat.’ And in people who are predisposed, that’s going to set off an eating disorder, and it’s going to get out of control,” Cohen says. “At the very least, it’s going to send someone into the world of restriction and being miserable. But it’s not ever going to be good enough, and they’re not ever going to reach the goals that they want safely.”

Liz Thompson, CEO of the National Eating Disorder Association, agrees. “The pressures of the diet culture and the societal expectations to look a certain way perpetuate body dissatisfaction, which we know is a leading risk factor in the development of an eating disorder,” she tells POPSUGAR. “Messages in the media and in our society about dieting — and the drive for thinness — are internalized from a young age and can unfavorably affect every aspect of one’s life, leading to a negative body image, which in turn triggers feelings of shame, anxiety, and self-consciousness.”

Beyond the general discussions of weight loss and dieting, posting specific numbers, such as body-fat percentage, can be very triggering to people, Cohen says. “People go into comparison mode.”

And this focus on numbers, in general, is part of the data-driven, result-oriented wellness perspective that we could all take a step back from. “Where are the days where you would just go take a walk and it felt good?” Cohen asks. Numbers can certainly inform your health choices (and especially when done with the help of a medical professional), but they’re not the end-all, be-all of wellness.

“Weight is not a measure of health. These numbers are not a measure of health,” Cohen continues. It’s important to take a holistic assessment. “I want to know: What’s your stress level? How many hours a night are you sleeping? Are you connecting with people? Are you happy? Are you listening to your body? I don’t care that you have 18 percent body fat. That doesn’t show that you’re healthy or not healthy.”

Of course, Kardashian is far from the only outspoken voice who’s made potentially damaging comments on health and weight loss (see, for example, Lori Harvey and plenty of people on TikTok). But we all know the Kardashians have a unique pull in our world, and for that, we hope she might reflect on this post and the use of her platform — both for her own good and the good of our society.

And if you’re concerned about your body-fat percentage or bone density, consult a doctor who can assess your particular body, lifestyle, and goals. Don’t let anyone on social media, Kardashian or otherwise, push you into a comparison mindset when it comes to your health.

If you or someone you know is struggling with disordered eating or an eating disorder, the National Eating Disorder Association (NEDA) has resources available including a 24/7 helpline at 1-800-931-2237 or by texting “NEDA” to 741741.

Zella Leggings Are Great — Here’s How to Know Which Ones You Should Buy
Trauma Therapy Is in the Spotlight; Psychologists Explain What It Is — and Who It’s For
Bench Press Shoulder Health
Scotland Just Made Period Products Free — Can the Rest of Us Have That Too, Please?
My Wellness Manifesto? Learn How to Choose Yourself